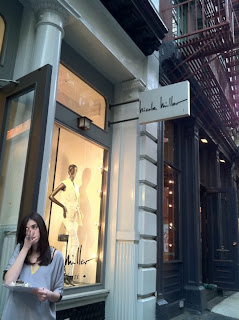 Last night Erin and I had a chance to hit up the Nick Von K showing (New Zealand jewelry designer) at the Nicole Miller store in SoHo. We had a chance to scope out Nick's jewelry up close and examine the amazing craftsmanship behind the pieces. 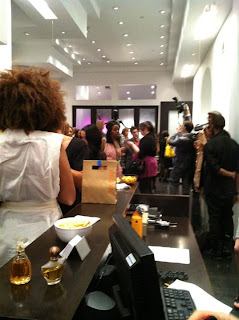 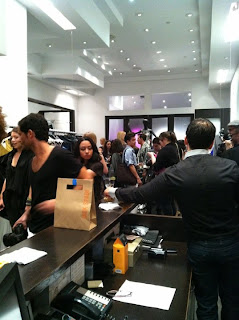 Erin had a quick chat with both Nicole and Nick so here's her take on that: 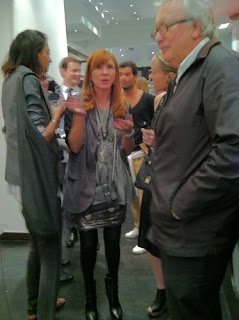 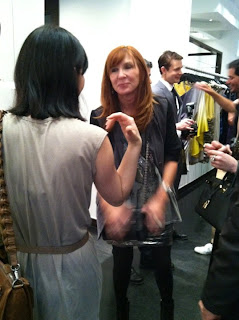 Had such a fun time at the Nicole Miller store the other night where we got to meet Jewelry designer Nick Von K. It's interesting because last time I met Nicole Miller she was wearing some of his very distinctive pieces and since I couldn't keep my eyes off of them, I was compelled to ask about them, and tonight she was wearing the very same pieces we first saw. The two designer's met at New Zealand Fashion Week a few season's back and Ms Miller ended up buying several pieces personally. 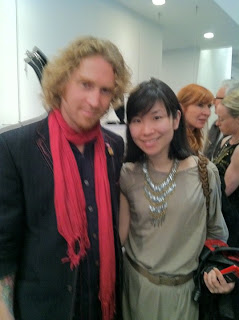 Nick tells me that when Nicole Miller first suggested bringing some of his pieces Stateside he found it an interesting combination. He was a little surprised at first "because Nicole's clothes are so elegant" it is a stark contrast to the subject matter of his jewelry. I personally find the contrast to be refreshing and each bringing more life to the other. Although the subject matter includes things like skulls, skeletons, bones and snakes the craftsmanship behind each piece is painstakingly refined. The level of detail of each piece is amazing.

On to the accessories: 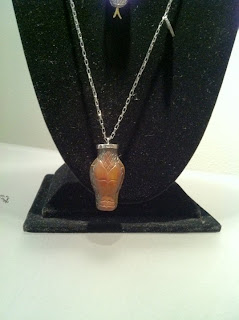 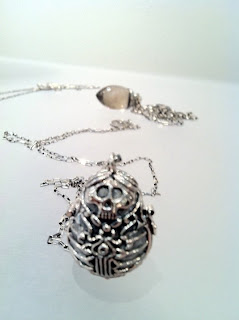 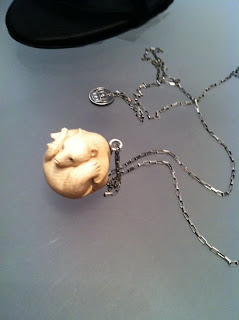 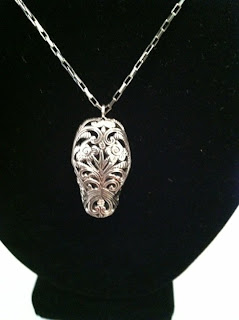 The majority of the items were necklaces with one main pendant/charm. While the pieces are not loud by any means, they definitely make a statement. Overall, you can tell that there is great care, attention to detail and a delicacy involved in the execution of this accessory line. Below are a few of my favorite pieces that I saw. 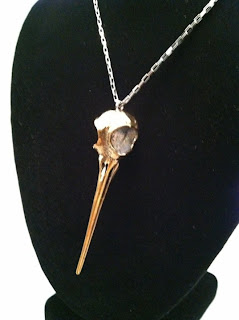 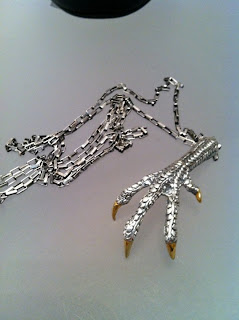 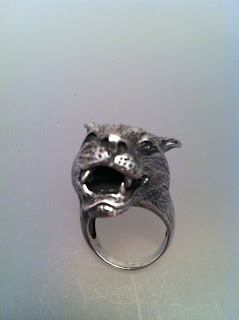 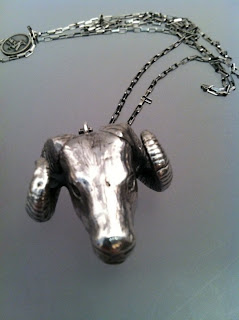 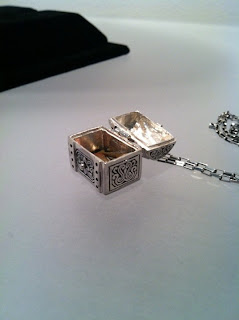 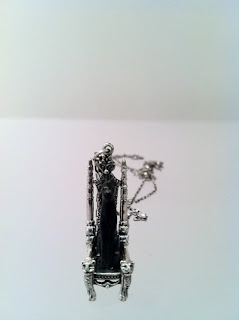 The level of detail is simply stunning on these items. The intricacy of the pieces can only be truly admired up close once you get a chance to examine each item in detail with all the carvings, etchings, patinas and grooves. The gold piece in the top left corner is actually meant to be a hummingbird skull! 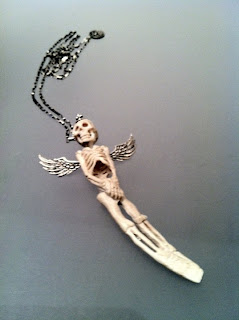 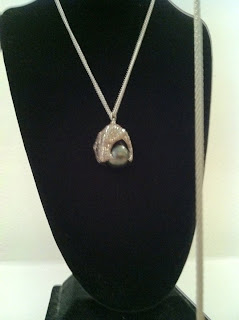 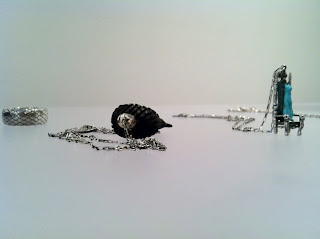 The other thing that I thought was absolutely stellar were the chains used on about 85% of the necklaces. They were rectangular links of the highest quality and aesthetic and just elevated each piece that much more. Often times the chain on a necklace takes a backseat to the focal point of the accessory but here, the chains used hold their own and just serve to compliment whatever creation they carry. 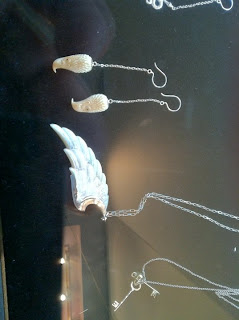 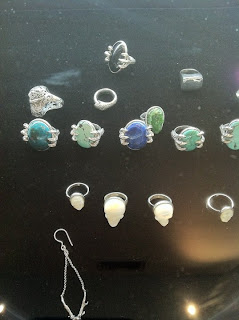 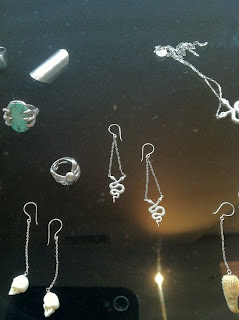 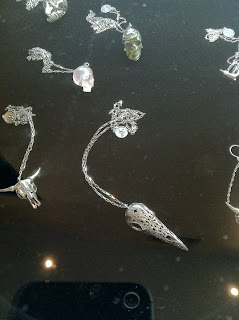 There were also a couple cases of jewelry composed mostly of earrings and rings which share the same qualities as the rest of the collection. 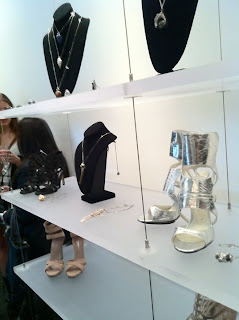 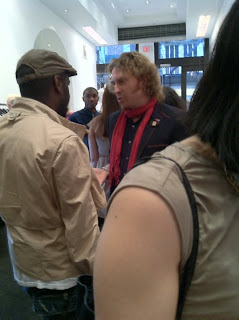 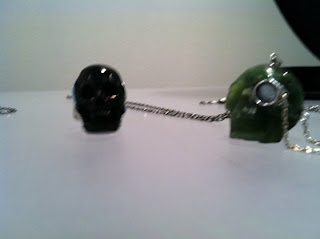 If you're looking for some amazing pieces to add to your collection, stop by the Nicole Miller store in SoHo and have a look.

SUGAR ROCK ON THE WEB