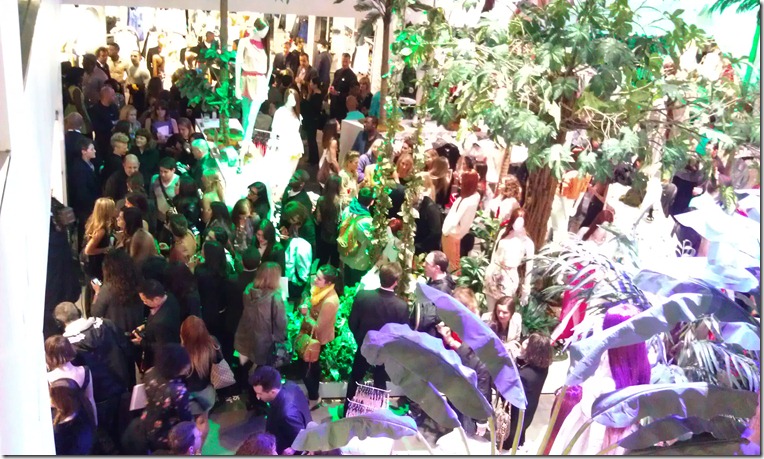 Have you been watching NBC Fashion Star? I have to admit that when I first heard about the show I thought it might be a Project Runway copycat but I was pleasantly surprised and have been watching ever since.  It seems to be the closest to the actual design process that most professional designers face allowing competitors to focus on design and not on construction and patternmaking.  It also is great because it gives the designer a chance to get valuable face-to-face advice from retailers like Saks Fifth Avenue, Macy’s and H&M. 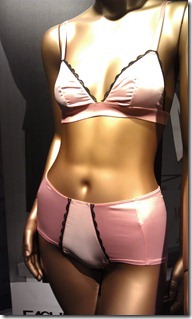 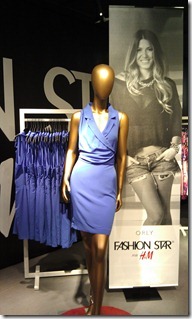 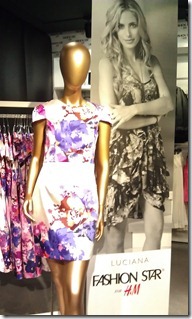 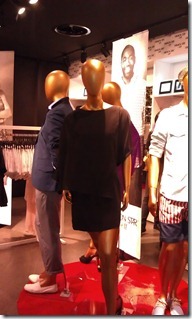 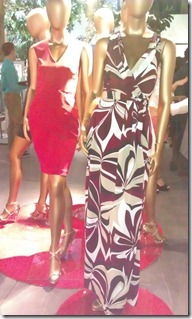 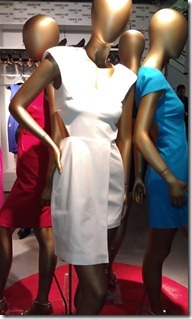 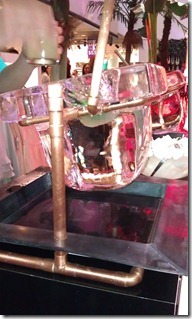 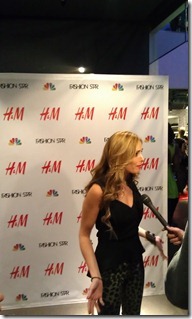 A couple weeks ago I had the chance to shop and sip signature cocktails while rubbing shoulders with the shows mentors Nicole Richie and John Varvatos. The event was also attended by the show’s buyers, including H&M’s Nicole Christie as well as select designers from the competition. It was fun to see all the garments that H&M purchased throughout the season on display.  Unfortunately only the designs from the most recent episode were available for purchase.   I had my eye on the sleek little sheath dresses Sarah Parrott had designed a few episodes back. 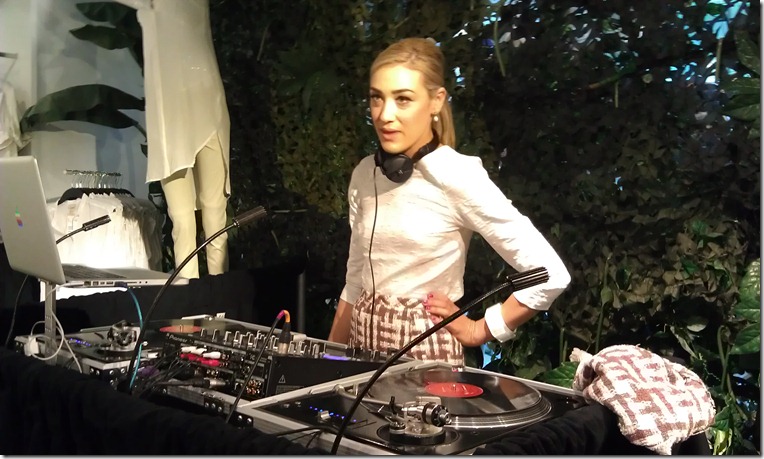 DJ Mia Morretti was in the house providing the sound track for the evening while celebs/models like Natalie Leeds Leventhal, Jessica Hart, Amy Sacco, Julie Henderson and Andrej Pejic trickled in to join the event. 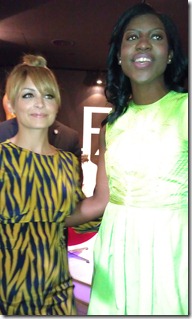 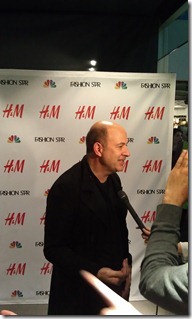 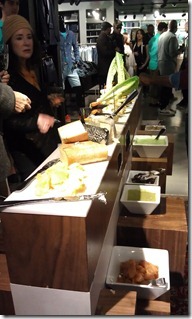 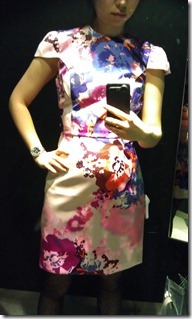 The party was in full swing and the entire lower level of the store was full of party-goers when Nicole Richie made her appearance looking adorable and very petite in a tiger print dress and high bun.  While John Varvatos and contestant Luciana Scarabello were occupied by press I had the opportunity to slip into the change room to try on Luciana’s structured dress.  While the print was beautiful and the cut was modern the dress was unfortunately too long-waisted for my body.  It would probably look best on someone who is taller than my 5’3” stature.  Too bad because for the $29.95 or so it was retailing for – it is quite the stunner.

While I didn’t pick up a Fashion Star piece for myself I didn’t leave empty handed as I snagged some great basic tank dresses, great tights and a chiffon sleeveless shirt that I am very excited about.  As the weeks progress I can’t wait to see who will emerge as the new Fashion Star.

The print mini dress looks like quite a steal! Super cute and affordable too.
Personally I am surprised that Fashion Star is still running, b/c while the show does give a good idea of what designers actually do, it seemingly lowers the level of design talent showcased. The amazing part about Project Runway is that it features designers working with the actual difficulties of garment construction. On Fashion Star, anyone can draw a picture that looks good without strong technical knowledge on how to make a garment. Even if the designers are technically trained, there is no way to really know.
Additionally the designs that are shown "on the runway" most often are reiterations of classic garment styles found consistently in stores. (Nothing against classic styles!) But basically the buyers want items that have proven sale-ability and ironically that doesn't make for exciting creative fashion-forward designs.
Also the show doesn't give disclosure on what exactly the dollar bid amounts mean. Is it for production costs, raw material costs, marketing, etc? Who knows? Wish they would share b/c otherwise it sounds really bogus. This is spoken from the viewpoint of one who works in the fashion industry too.

I agree that in some ways Fashion Star does allow designers that may not be as skilled technically to participate but designers still have to deal with fit / construction issues and work closely with pattern makers and sewers. In this industry though, I do see that while the vast majority of people are technically trained, there are many famous designers who have no training except for what they learned on the job field. I absolutely agree though that the show should give more specifics on what the exact numbers mean. My guess is that a $50000 order would translate to wholesale value (production + raw materials etc).

SUGAR ROCK ON THE WEB